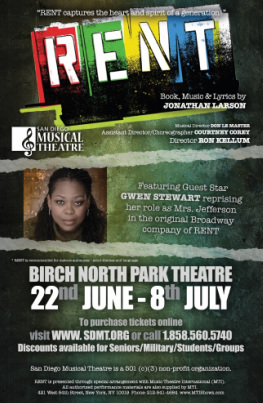 The musical RENT, inspired by Puccini's La Boheme, is a joyous, breathtaking and often heartbreaking musical that celebrates a community of young artists in downtown New York looking for love and success and struggling to make their mark on the world. The most honored musical since A Chorus Line in 1976, RENT is only the fifth musical to ever win both the Pulitzer Prize and the Tony Award for Best Musical. Critics have called RENT “the best thing that has happened to the Broadway musical in a long time!”
RENT captures the heart and spirit of a generation.
Recommended for Mature Audiences – adult themes and language 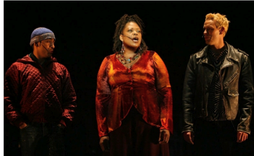 Gwen Stewart between
Justin Johnston & Adam Pascal
From the San Diego Musical Theatre Facebook Fan Page:
"SDMT is proud to announce that Gwen Stewart will reprise the role she created in the original Broadway company of RENT, including introducing the solo vocals for the musical's central theme song, "Seasons of Love.” 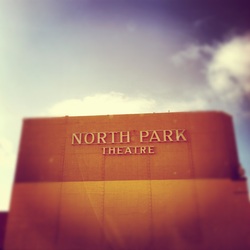 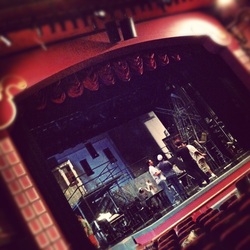 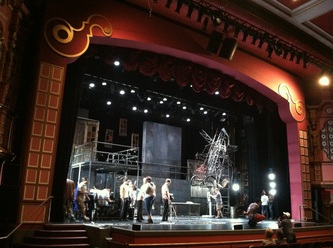 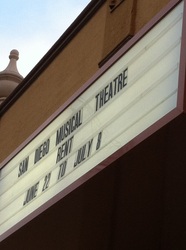 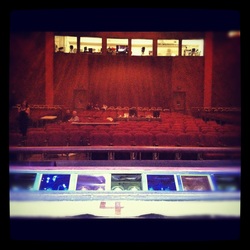 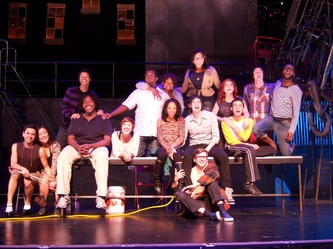 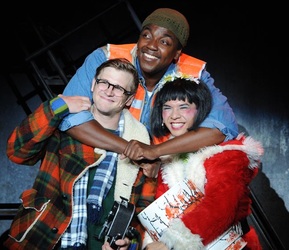 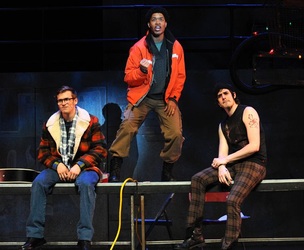 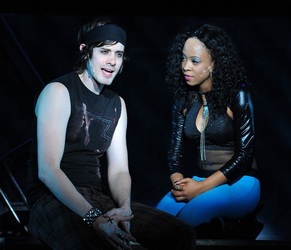 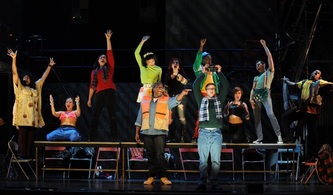 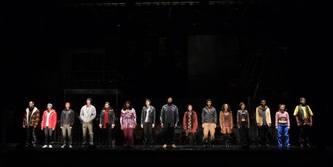 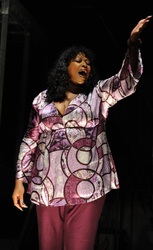 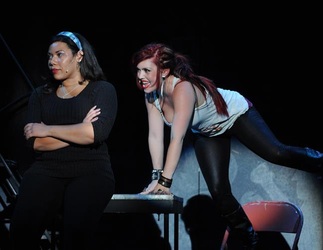 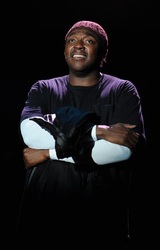 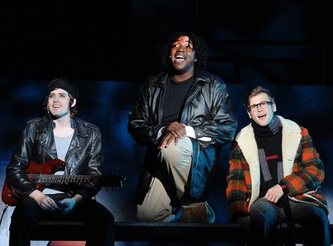 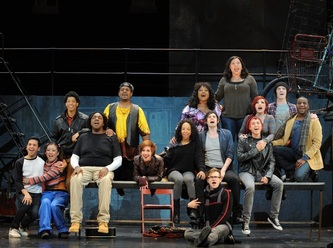 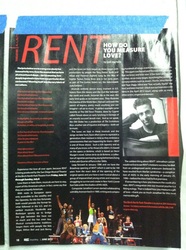 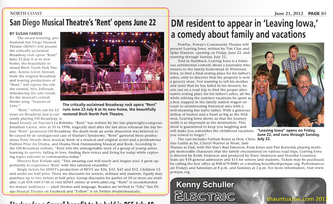 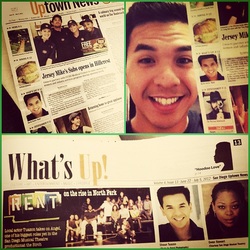 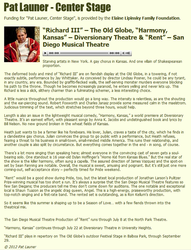